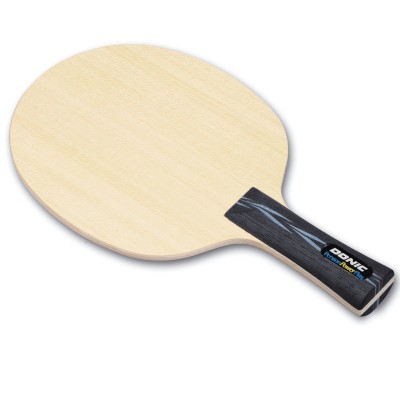 For offensive players that want good ball feedback.Dynamic, hard, direct and with good ball feedback.Technology: 7 veneers made of abachi (core veneer), abachi (2+4), anti-vibration film (3+5) and koto (1+7, outer veneer), with a special damping film.POWER PURJörgen Persson won the World Championships and European Championships in men’s singles with this blade (in the normal version). This was one of the first blades in which a special anti-vibration film was used. By current standards this is a moderately offensive blade made in Sweden and available in three versions: normal, Senso V1 and V2.